Born in Cologne, Germany in 1972, I fell in love with Simon & Simon since it’s first aired in Germany in 1986.
Since we had no videorecorder back then, I found a way to put my favorite episodes on audio tape and knew many Simon quotes by heart.
Technology improved to let me record my favorite TV show on videotape, then it even let me connect over the web with Simon fans all over the world via a Yahoo! group that existed for almost 20 years.
Back then, I received an awesome gift by the nicest Canadian member who sent me some original episodes on tape so I could finally hear AJ and Rick’s „real“ voices (although their german dubbers are very good!)

By now, one can buy ALL seasons on DVD from Shout!Factory

In March 2016, I finally made a dream come true and spent a week in San Diego to visit some of the locations and – AMADEUS! – A descendant from the line of SAKARYA Midas who played Rick’s dog „MARLOWE“ for a while. Read more about his story here or visit the breeder’s/owner’s site at
SAKARYA Anatolians 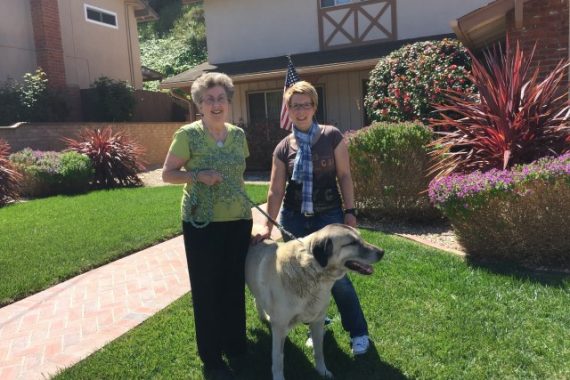 I met Marilyn and Amadeus in March 2016

You can still follow both actors today – Gerald McRaney in movies and TV shows and Jameson Parker as a writer – readjamesonparker.com

Contact: pittiger @ gmail.com (without blanks, they’re only to protect from spam)