Are you In or Out?

The all-new series from J.J. Abrams will have you hooked. Don´t miss Gerald McRaney on Undercovers ! Tune in!

„I was sent a copy of the script, read it, went in and met with the people who were producing it, and that was that. I was the first one cast in the show.“

And about being married to Delta (Burke) he says? during this interview, held by The Smashing Interviews magazine while talking to Melissa Parker:

„We are (happy). People are always amazed and they talk about the way we still hold hands or I’ll touch her face and snuggle with her. We’ve been married for 21 years and it still seems normal to me. It’s odd to me that people remark about it.“ 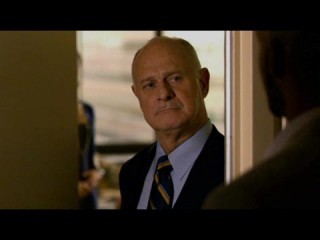 Interview at the A-Team premiere!

The Dish Rag caught up with veteran actor Gerald McRaney at the action-packed premiere of „The A-Team“ Thursday (June 3) in Hollywood.

Gerald, one of the classiest actors on TV and in films, talked about his role in ‚A-Team,‘ the loss of his friend Rue McClanahan and the seemingly eternal appeal of „The Golden Girls.“

„She [Rue] was a great broad and she would not be mad at using that word,“ he said. „I’m gonna miss her.“

He calls her death ‚ending an era of those actresses who had all that talent and were just as humble as you could possibly imagine, and just good, good people. always there on time, always prepared, professionals.“

We didn’t have time to chat with Gerald about his role in the hotly anticipated new J.J. Abrams action TV series, „Undercovers,“ airing this fall, about two married former spies who find it hard to give up the biz.

But here’s a clip to get you psyched for it.