Gerald McRaney, working off his tail

McRaney´s answer when getting asked about his many guest star roles lately which kept him very busy:

Yes, I’ve been working my tail off lately! It’s been fun, I’ve been lucky to be on some really good shows, which really makes all the difference because financially it’s all the same. For the Southland job, I’d met [producer-director] Chris Chulack on another occasion, but really it was because of a lot of lobbying by my manager, Geoffrey Brandt. He also helped me work with [executive producer] Graham Yost on Justified. [Star] Tim Olyphant was just the coolest guy. And it was a blast to work with my friend [actor] Jim Beaver again. We had a great little fraternity on Deadwood. It’s funny … I started acting in a rep company years ago. I hadn’t done it for a long time until [playwright] Horton Foote asked me to do a play of his — Dividing the Estate — off Broadway, then on Broadway in 2007. It was thrilling to get back to those roots and stretch those muscles.

Unfortunately „Southland“ got cancelled after 5 seasons:

I’m sad about the show not coming back. I wish I had a good explanation about why it isn’t! That character grew out of talking to real cops. I am technically still a reservist deputy in Louisiana, so I’ve gotten to know more cops than the average actor. I’ve known many people who didn’t deal with their problems the same way. It’s very tough to retire from a job like that. You’ve been dedicating and risking your life for something for 30 years, it’s very hard to step away from that. The job costs people marriages and relationships with kids and can be quite disabling. So to switch that off — to cut off the adrenaline rush, which many are addicted to — is very difficult.

And of course McRaney´s most famous roles in Simon & Simon and Major Dad also were mentioned:

(Laughs.) Major Dad … I can’t let it go! There was actually a lot of criticism when I was on Deadwood, like „Why did they hire Major Dad for this part?“ No, it was a great show and experience. Funny enough, Simon & Simon went off the air in 1989 and Major Dad went on the same year. I had a whole three months off. I was also an EP on Dad, and I remember getting script pages sent to me on my honeymoon in Europe. It was a phenomenal period in my life, but I decided early on — as did my agent — that during my hiatuses, if I got offered roles, they had to be 180 degrees away from those characters. I worked very hard not to get typecast! I guess it’s paid off. 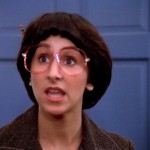 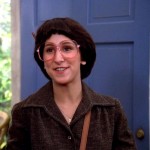 You might recognize her as Jim Beaver´s wife, not only from his book Life´s THAT Way but from her work as a casting director or her appearance in several roles, like „Ishka“ in Star Trek.

When I read about Cecily´s role in Simon & Simon, I was interested to learn what her part was. LOL, it was only one line, but I´m sure everyone envies her because of those cool glasses!

Small, small world – her husband Jim played along with Gerald McRaney in DEADWOOD!

If you want to learn more about and FROM this great man, I recommend to read Jim Beaver´s book and follow him on Twitter (jumblejim) – it´s a joy! 🙂