A chat with Gerald McRaney about „FOCUS“ 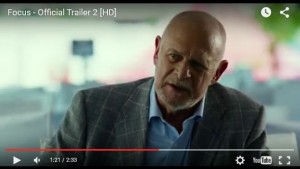