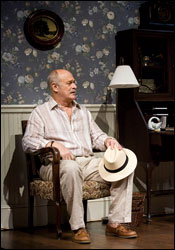 „Lincoln Center Theater’s forthcoming Broadway production of Dividing the Estate has found a home: The family comedy by Horton Foote will begin previews on October 23 at the Booth Theatre and open on November 20. Michael Wilson, who directed the play at Primary Stages last fall, will stage the Broadway production with his entire 13-member original cast, headed by Elizabeth Ashley, Hallie Foote and Gerald McRaney.

Set in Foote’s fictional Harrison, Texas (a stand-in for his real-life hometown of Wharton), in 1987, Dividing the Estate tells the often hilarious story of an extended family in conflict over what should be done with its extensive property holdings. Ashley plays the matriarch, with Foote, Devon Abner (her real-life husband) and McRaney as her bickering children.“ 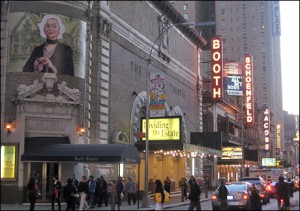