Mary Carver, who played AJ and Rick Simon`s mother Cecilia died at the age of 89.

May 3, 1924 – October 18, 2013 Mary Carver, 89, died October 18 at home following a brief illness. She was born in Los Angeles, CA, May 3, 1924 to Carmen Delmar and John Carvellas. Ms Carver was active in film, stage, and television for more than 60 years. She starred as Cecilia Simon in the hit television series Simon and Simon; she appeared in such films as From Here to Eternity, I Never Promised You a Rose Garden, Arachnophobia and many more. She also appeared on Broadway in The Shadow Box as well as in The Fifth of July and taught in the theater department at the University of Southern California. Mary loved to travel, loved to argue politics and was an inveterate flirt! She will be missed. She is survived by her daughters Lia Sargent of Hollywood, and Athena Sargent and son-in-law John Sergneri of Petaluma, California, and lots and lots of friends. In lieu of flowers, donations may be made to the Motion Picture and Television Fund (MPTF) „In Memory of Mary Carver,“ 23388 Mulholland Dr., Woodland Hills, CA 91364.

She will be missed. 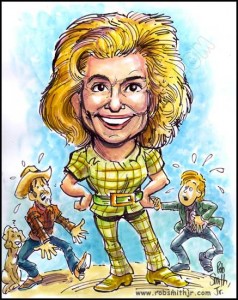